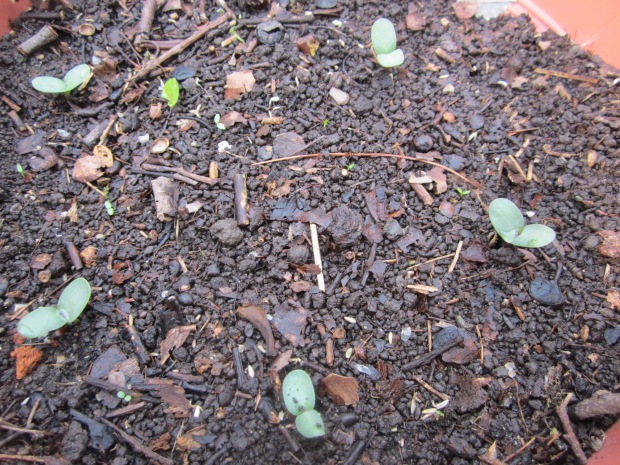 It’s a bright sunshiny day………with sunflowers. I bought a packet for luck and stuck them all around. My friend, Joe Monsanto, stopped by and cast a cold eye. He did’nt look too happy to see sunflowers. I’ve known this guy a while and I have never quite gotten used to his mannerisms. So when he told me that it was more than likely that he owned the sunflower seeds, I really did not know what to say. He seemed very irate when I explained that the sunflowers were grown in compost that I had made.

I showed Joe how I like to sometimes save survivors from the previous growing season. Somehow the seeds had managed to live under four feet of snow this past winter. I was explaining how I thought it was cool to see the little hairs on the tomato stalk. I figured it was the hardy gene at work, Boston style. Joe’s nostril’s quivered and the next thing, he sneezed, out loud, exclaiming “terminator gene”. Joe does’nt say “excuse me” or “atchoo”. I guess he is allergic to pollen. I think to myself that it must be the Karmic reaction to getting up Mother Nature’s nose. 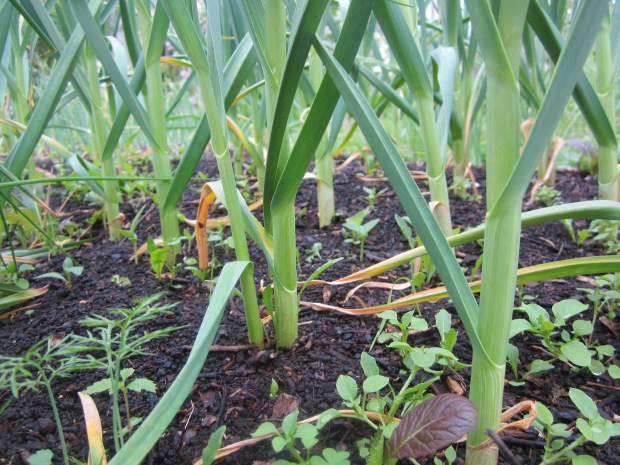 I showed Joe the enchanted garlic forest. He wanted no part of this scene. He had turned pale and I was reminded of old black and white vampire movies. 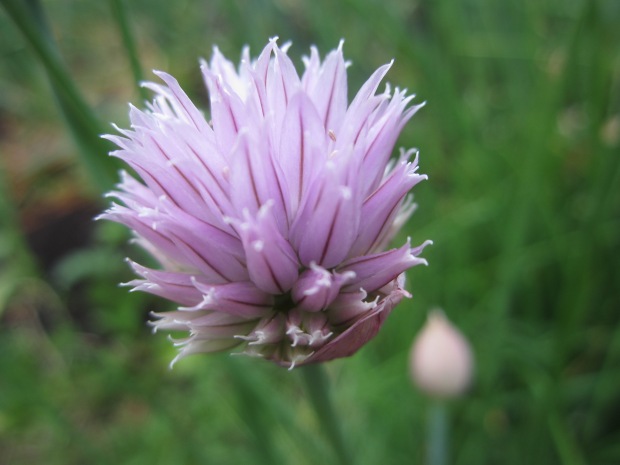 I showed the man a chive blossom, said that it would be on tonight’s menu and asked Joe to stay for supper. Joe declined, something about how he won’t eat vegetables, herbs, roots or shoots. Evah! 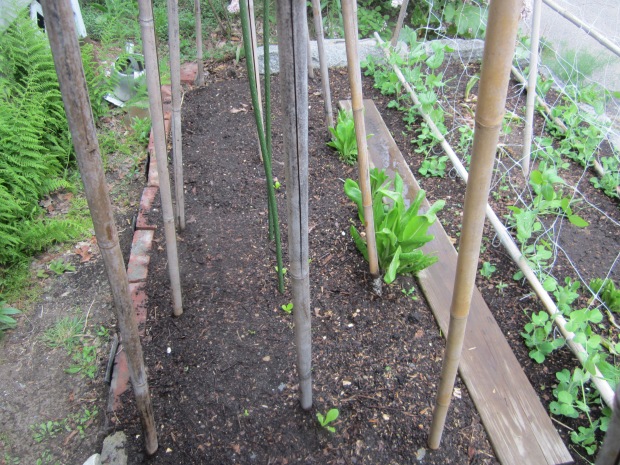 I tried to explain to Joe how I organise my little space. He thought I only grew garlic and expressed relief. But he wondered why I grew so many different things and why did’nt I grow one thing only in my garden. He could loan me an earth-mover if I wanted to sign a contract, however. 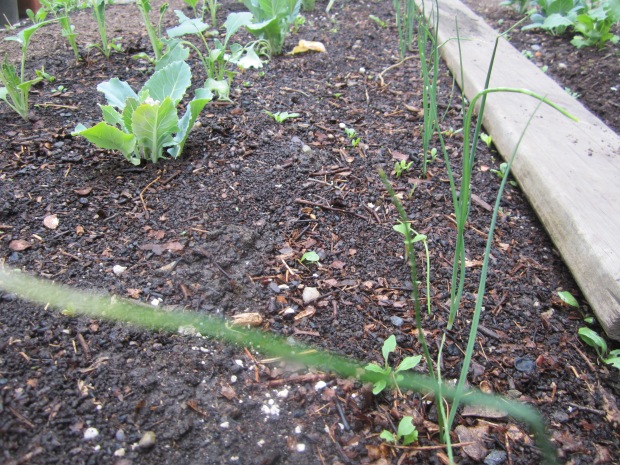 “Slow down, Joe”, I said. The last thing I need is an earth-mover. He seemed completely bewildered when I explained that the only digging involved here in this garden is the digging of a hole for a plant. “What about the weeds”, he went on, ‘you’ll have to spray for them’. I replied “Joe, what weeds are you talking about?”. But if you really want to see them…… 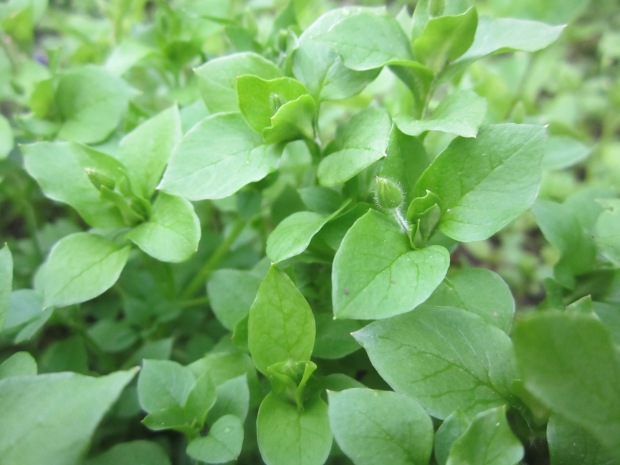 This is chickweed. It grows profusely and abundantly during spring in my never see sunlight back yard. It is edible and it is free and there is lots of it. After the full moon this week it will is bye-bye until next year. Joe did’nt like that part. He thought that it would be better to manipulate this weed, process it, package it, tamper with it’s growth cycle and make money, money, money, make, money, money, money. He promised me that once we began to spray the chemicals all around I would see the wisdom of all this.And it was just about then when my friend, Lee “Scratch” Perry showed up and rescued me. In the words of the man…….”what kind of Babylon fuckery dat, mon?” Eat like a peasant, I say. Thanks for reading and making smart food choices. 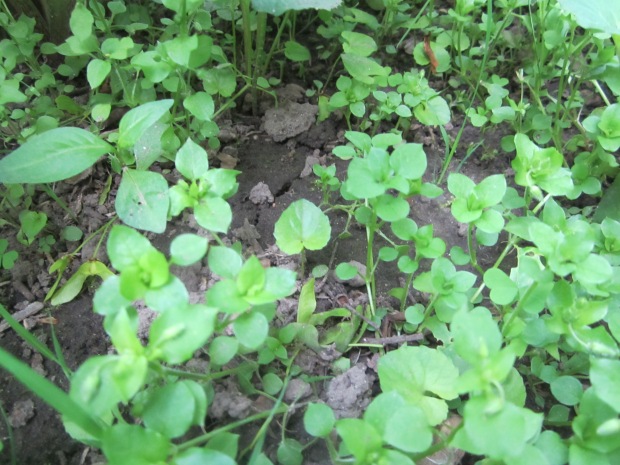 Lee “Scratch” Perry lives over there.

My name is Raymond . I am from Ireland and currently live in Portugal. I relocated here after spending many years as a professional chef in Boston, Massachussets. This blog is an attempt to showcase and highlight my twist on food and cooking, as well as an expression of my interests. I'm busy like everyone else and this is the way that I like to cook. Eat like a peasant.